What is Disability Pride Month and Why is it Important? 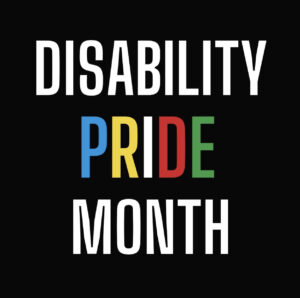 On July 26, 1990, The Americans with Disabilities Act (ADA) was signed into law. The ADA law was a key moment for the disability community. The ADA promises that people with disabilities will not be discriminated against in any setting, which created a new era of change for human rights and justice. During the same year, in Boston, people with disabilities, caretakers, allies, and advocates gathered to host the first Disability Pride Day.

Who Celebrates Disability Pride month? Even though Disability Pride Day isn’t nationally recognized, different Disability Pride parades have been held in several locations nationwide, such as the Silicon Valley/Santa Clara County, Chicago, Philadelphia, Colorado Springs, Houston, Atlanta, Detroit, New Jersey, and Columbus as well as around the world in locations such as South Korea, Norway, and the U.K. The first Disability Pride Parade in the United States was held in Chicago in 2004. In 2015, New York Mayor Bill de Blasio declared July Disability Pride Month in celebration of the ADA’s 25th anniversary.

This post was written by Accessible Festivals’ intern Zane Landin. Zane is a Communication (Public Relations) student at Cal Poly Pomona with a passion for mental health access, disability rights, and diversity and inclusion.